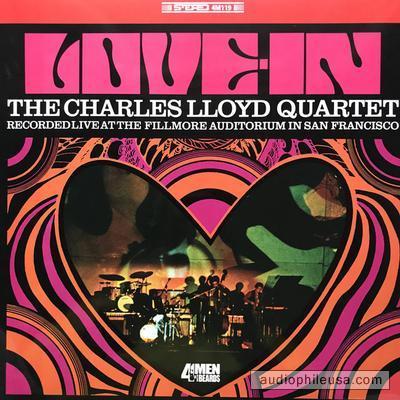 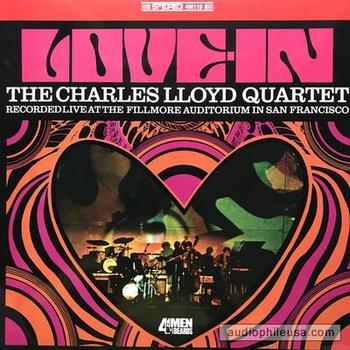 Love-In!
2002 180gm, Stereo, Remaster In A Laminated Jacket. Recorded Live At The Fillmore Auditorium. Lloyd, Tenor Sax; Keith Jarrett, Piano; Ron McClure, Bass; Jack DeJohnette, Drums. "Issued in 1966, Love-In was the follow-up to the amazing Dream Weaver, the debut of the Charles Lloyd Quartet. Love-In was recorded after the 1966 summer blowout and showed a temporary personnel change: Cecil McBee had left the group and was replaced by Ron McClure. McClure didn't possess the aggressiveness of McBee, but he more than compensated with his knowledge of the modal techniques used by Coltrane and Coleman in their bands, and possessed an even more intricate lyricism to make up for his more demure physicality. Of the seven selections here, four are by Lloyd, two by pianist Keith Jarrett, and one by Lennon/McCartney ("Here, There and Everywhere"). Certainly the '60s youth movement was making its mark on Lloyd, but he was making his mark on them, too. With young Jarrett in the mix, turning the piano over in search of new harmonic languages with which to engage not only Lloyd as a soloist but the rhythm section as well, things were certainly moving across vast terrains of musical influence and knowledge. Drummer Jack DeJohnette took it all in stride and tried to introduce as many new time signatures into the breaks as he could get away with, allowing the ever-shifting chromatics in Jarrett's playing to be his cue from 7/8 to 9/8 to 12/16 and back to equal fours ("Sunday Morning," "Temple Bells," "Memphis Dues Again"), no matter what the musical style was. And there were plenty, as Lloyd led the excursion from post-bop to modal to blues to Eastern raga to cool and back. On Love-In, everything was jazz for the Charles Lloyd Quartet, and what they made jazz from opened the music up to everybody who heard it. The album is a lasting testament to that cultural ecumenism." Thom Jurek, AMG.
$25.00 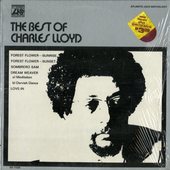 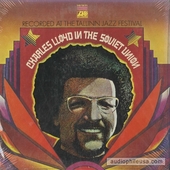 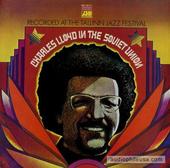 Charles Lloyd In The Soviet Union
$30.00 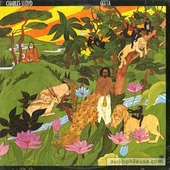 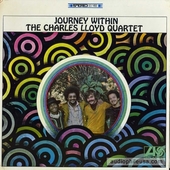 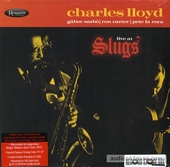 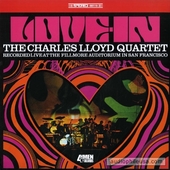 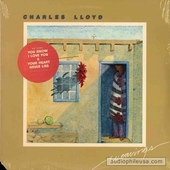 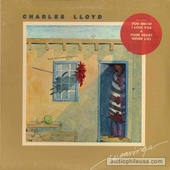